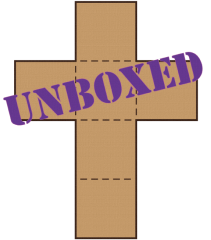 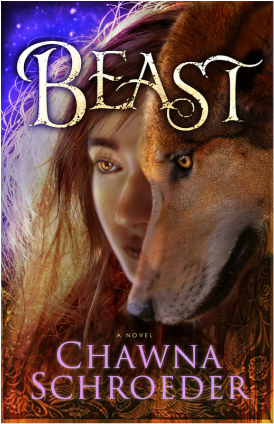 Once upon a time there lived a Beast . . .
Not in a shining castle, but among a pack of dogs.

For as long as Beast can remember, she has lived among her master's dogs. With them she sleeps. With them she eats. With them she fights and struggles to survive. But through hunger and cold, she dreams of one day becoming Master's favorite, eating bones with meat and a place beside the fire.

Then strangers attack. Her pack scatters. Fire eats the village. And Beast knows: Master is no more.

Alone and unprotected, Beast tries to defend herself against slavers scavenging for any leftovers. But she is only one, and they are strong.

Tracked by men, sold as a monster, is Beast only prey to be hunted. . . or something more?

Opening Excerpt from Beast:
I am Beast. I serve Master.
When he calls, I come. When he commands, I obey. When he rages, I cower at his feet. By his word I live; by his word I die. So I stay to the shadows, sleeping in the pen with Master’s dogs and fighting them for the scraps that fall from Master’s table. Sometimes I win. Most times I don’t. Then long nights follow. Cold nights, when wind pierces the wood.
Tonight, Master’s dogs curl up together in the corner away from the wind. I try to join them, but the Others growl and snap. I go away to the pen’s far side and wrap my fur around me. It is long, but it only covers my head, and the extra coat Master gave me is full of holes. The Others’ fur covers all of them. This is one reason why I am Beast, not an Other.
Light comes after a long time, but it is cold light, angry light. My insides hurt. I curl into a tighter ball, but the hurt does not go away. Maybe some of Master’s pack will come and he will call me to do the things only I can do. Then Master will laugh, I will have food, and the hurt will go away for a little while...